This week I held a children’s workshop to accompany my installation of Mycelia:Mycelium in the window space at the Geoff Wilson Gallery.

It was a great success! We were fortunate to have a bright sunny day, we set up our workspace outside, those who wanted to have a go with some stitching, settled in for some embroidery and conversation, the others who were less keen, made the most of the sunshine and space to create some kind of star wars game, light sabres and all!

Being relatively new in town, it was really fabulous to have everyone turn out in support, there were thirty of us all together, pretty much everyone I had invited, and I had just enough supplies…phew!

I created an education pack, with information on my work, how and why I started this project, and brought along a range of materials and items we could look at, as starting points for some stitch works. I include this education pack below..

I talked about how, over the years, going on expeditions with Luna and Blake to find fungi, lead to many questions, and a desire to understand this strange organism better, I also talked about how, after years of living in mouldy and damp flats in Auckland, I knew we all have a relationship with fungi, but maybe it’s kind of hidden from view….

In fact, fungi is everywhere! And it is essential for our survival.

People made some really lovely works, have a look at these samplers…

Others created their own work with a completely different narrative….

Some completed work on the day, but I think most who started, took their work home to complete in their own time. Perhaps this was a valuable insight into how much is involved in embroidery?

It was interesting to see the spider Tony and Friedan created…

It immediately brought to mind Maman, by Louise Bourgeois…

If you are in Whangarei over the next month, do drop in and visit Mycelia:Mycelium, it’s on there until the 7th of September, in the Window Space, so you can view it outside the gallery hours. Check my press release for full details and the gallery website for opening times.

Did you know…?  The study of fungi is called Mycology

Fungi are more closely related animals (us!) than to plants, and they do not photosynthesise.

Fungi are essential for life on earth, this is because of their decomposing action. Without fungi, we would be smothered by huge piles of organic material.

One of the earliest pioneers in the study of fungi is someone you will most certainly know…. but not as a scientist, who could that be? Follow this link to a review of a book on her life….

The largest organism on the planet, according to one source, is not the blue whale or titanosaur, rather one massive fungi under a forrest in Oregan, estimated 2200 years old, and 9.7km2, it is one continuous growth, and as noted by Paul Stamets, “this one fungus has killed the forest above it several times over, and in so doing has built deeper soil layers that allow the growth of ever-larger stands of trees”

We need fungi to live, but fungi can also make us unwell, like the black mould that can inhabit some homes. This can lead to respiratory illnesses, it’s a big deal for people living in Aotearoa New Zealand right now.

Mycelium is the vegetative part of a fungus or fungus-like bacterial colony, consisting of a mass of branching, thread-like hyphae. The mass of hyphae is sometimes called shiro, especially within the fairy ring fungi. Fungal colonies composed of mycelium are found in and on soil and many other substrates.

More about how it works/digests:

It is through the mycelium that a fungus absorbs nutrients from its environment. It does this in a two-stage process. First, the hyphae secrete enzymes onto or into the food source, which break down biological polymers into smaller units such as monomers. These monomers are then absorbed into the mycelium by facilitated diffusion and active transport.  Mycelium is vital in terrestrial and aquatic ecosystems for its role in the decomposition of plant material. It contributes to the organic fraction of soil, and its growth releases carbon dioxide back into the atmosphere. The mycelium of mycorrhizal fungi increases the efficiency of water and nutrient absorption of most plants and confers resistance to some plant pathogens.

The best time to observe fungi is in autumn, that’s the fruiting season.

A fun activity you can do with fungi, is making spore prints, you can read about how Luna, Blake and I created some last autumn.

Other things you can do, to learn more about fungi, you can dig up your compost pile, see if you can find strands of mycelium…you can collect specimens of fungi from the wild, bring them home and see if they grow and reproduce. Explore your garden or a local park, you will find fungi, you might need to get down low, look under bark, rotting wood and other organic material.

Have a read over this fungi hunt I did a few years ago with Luna and Blake, just around a small urban tree area at Auckland Uni.

← Mycelia:Mycelium in the Window Space at The Geoff Wilson Gallery
Fashion Revolution reading → 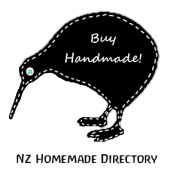 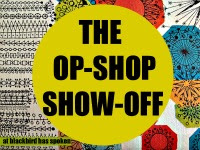 Unless noted, all content copyright Angela Carter. Please get in touch if you are interested in any images or writing. Thanks!